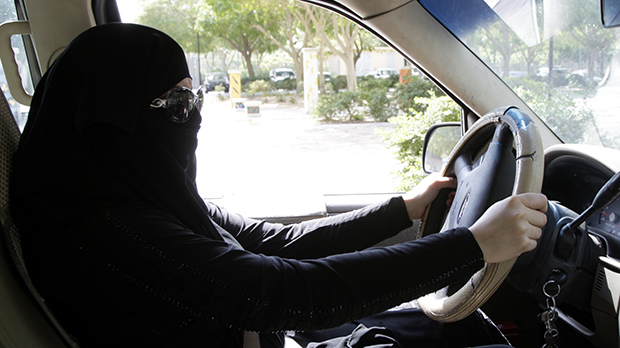 Women in Saudi Arabia will be allowed to drive, the government announced on Tuesday – ending their reign as the only nation in the world where women were forbidden from getting behind the wheel of a car.

The news was announced on state television and in a simultaneous media event in Washington, highlighting the damage that the policy has done to the kingdom’s international reputation and its hopes for a public relations benefit from the reform.

While there is no formal law banning women from driving, the government refuses to issue them permits. That will now change under the royal decree, which ordered the formation of a ministerial body to give advice within 30 days and then implement the order by June 2018.

The milestone was greeted with jubilation on social media, with the hashtag “Saudi women can drive” being used in a flood of tweets.

Amena Bakr, a Saudi energy analyst, said it was a “massive victory for women in the kingdom.”

“Really about time,” she added.

In Washington, the state department celebrated the news, describing it as “a great step in the right direction”.

Campaigners have for many years argued that women should be allowed to drive, saying that it makes virtual prisoners out of women who do not have a male family member or chauffeur to drive them around.

In June 2011, about 40 women got behind the wheel and drove in several cities in a protest sparked when Manal Sharif, one of the founders of the movement, was arrested and detained for 24 hours after posting a video of herself driving.

Another was arrested and sentenced to 10 lashes – a sentence later overturned by the king – and the rest were told to sign statements guaranteeing they would not drive again.

In October 2013, shortly after a prominent cleric claimed that medical studies showed driving damaged a woman’s ovaries, 60 women took part in a protest, driving in spite of warnings from the authorities.

In response, 150 clerics staged a demonstration outside the royal palace. The ministry warned against marches or gatherings under the pretext of the driving campaign. It said those “disturbing public peace” will be dealt with firmly.

Adult women must obtain permission from a male guardian to travel, marry, or exit prison.  They may be required to provide guardian consent in order to work or access healthcare.  Women regularly face difficulty conducting a range of transactions without a male relative, from renting an apartment to filing legal claims.

“We all have to live in the borders of the boxes our dads or husbands draw for us,” said Zahra, a 25-year-old Saudi woman.

Progress has, however, been made.

In 2013, then-King Abdullah appointed 30 women to the Shura Council, his highest advisory body, and two years later women were allowed to both vote in and run for office in municipal council elections, for the first time in the country’s history.

In May his successor, King Salman, ordered that government agencies publish lists of services that women can access, without a male guardian present, and ordered that employers provide women with transport.

And according to the Saudi Ministry of Education, women in Saudi Arabia attend college at higher rates than men.

Yet it is still difficult for women to succeed, in part because of barriers placed by the Saudi system – something Tuesday’s ruling hopes to address.

The movement for women to drive has gained prominence with the rise in power of Crown Prince Mohammed bin Salman, a 32-year-old son of the king. who has laid out a far-reaching plan to reform the kingdom’s economy and society.

Furthermore, Saudi Arabia, hit by the fall of oil prices, is aware of the economic contribution that women could make.

Loujain Hathloul, a Saudi women’s rights activist who has been at forefront of movement, and spent 73 days in detention for driving in 2014, simply responded: “Praise God”